Could There Be a “New Ship” Smell?

Maybe that’s what made me double back to the East Mooring Basin tonight to check out the gleaming Nantong K.  She was swinging on her anchor chain, pointing her bow right at me (and Calamity Jane, who got there a few minutes before me). 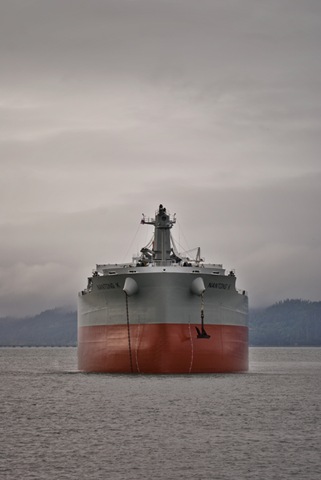 I marveled at the nearly pristine paint on this hull.  It really was amazing.  There was only one set of chain marks across the bullnose!  I don’t know if I’ve ever seen such an unmarked hull before.  A detail shot (click to see the larger version): 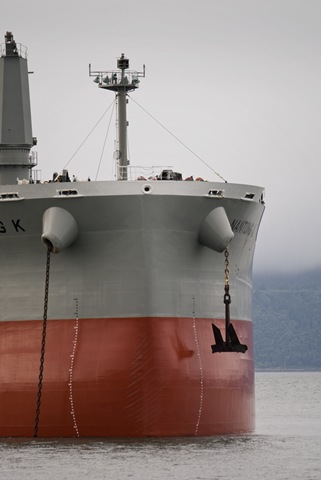 When I got home, I did some searching.  So much of what I saw made me think that this was more than just a fresh paint job.  The hull plates aren’t buckled, the anchor chain still shows new paint on the links, none of the railings are bent… basically, it looked nearly virginal.

I found this.  Yes, she is about as new as we’re ever likely to see, having been delivered on July 21, 2011 from Kawasaki Heavy Industries.  Is this her maiden voyage after completion of fitting out?  I don’t know that.  But it’s probably only her second or third voyage at most, as not enough time has passed since her delivery to make more transits than that. 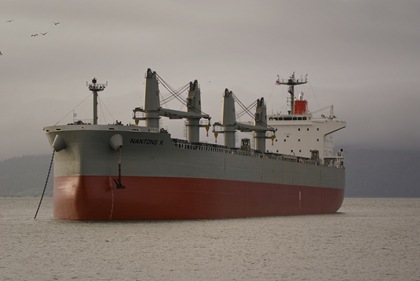 Having inadvertently followed the end of the Sammi Crystal’s career, it’s interesting to stumble upon the beginning of a new Handy-size carrier’s lifespan.