Orange Seems To Be Very Popular These Days

Not every ship heading for the mouth of the Columbia is orange.  But nearly every time I get a chance to see another outbounder underway recently, it’s orange!

The Global Wisdom isn’t particularly unusual.  A Handy-size bulker with her holds filled beyond overflowing with logs.  But ships and cargos like these always catch my eye.  There’s just no keeping those contents secret… it’s another zillion board-feet of timber heading for somewhere in Asia, Japan in this case.

Maybe some of this wood will end up in the rebuilding effort after last years’ earthquake.

I don’t photograph every vessel that drifts past my front porch, but a big orange stick-ship loaded with massive sticks?  Yeah, I’ll take a few minutes to grab that.

The Opposite of Stealth

The Rose Festival fleet is starting to drift inland and the USS Dewey is tied up in all of her haze-gray splendor where cruise ships normally dock.  That class of destroyer is all angles and shades of gray… the better to deflect radar and confuse visual cues.

Contrast that concept to this: 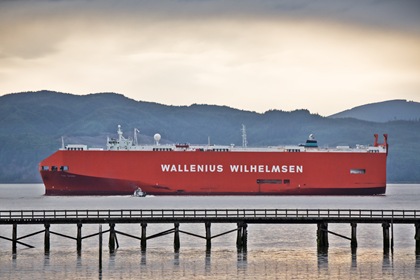 The Tai Shan was cruising outbound a couple of hours after I observed the squids in dress whites ambling up Commercial.  This ship is whatever the Dewey isn’t.  It’s slow (by comparison), big, bright… just flippin’ obvious to any type of sensor known to man, including the Mark 1, Mod 1 Eyeball.  Damn… I could see this without my glasses on!  This baby just jumps out and says “I’m here!”

And, to the enlisted guys wandering around downtown (and probably looking for Annie’s), I feel for you… dress whites really suck.  They look the same and probably feel the same as they did 25 years ago when I was wearing ‘em, and I sympathize.  I would rather have worn dress blues in all of their woolen splendor in 90 degree sun than suffer the indignity of those crappy, impossible-to-keep-clean polyester clown-suits.

Posted by NWWanderer at 9:53 PM No comments:

…and an odd one at that.

This wasn’t here when I got home last night!  But after I’d uploaded all of the photos on the memory card I went back downstairs to find the ungainly-looking assembly at anchor off the front porch.

It was raining hard and the light was failing, but I had to make the attempt, once again bracing against the porch post to help minimize camera shake.

The tug Kokua and barge Haleakala: 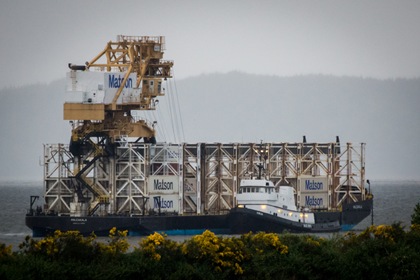 The Shipfinder app indicated that she’s bound for Honolulu (and the names of the tug and barge both sure hint at somewhere in Hawaii!).

Given the worsening weather conditions, I thought that perhaps the crew had decided to wait for a more-calm bar, but when I came back downstairs to try for some better shots, I found her underway again, and rapidly heading out of sight.

I can only guess at what had taken place, but given that the tug had tied up alongside the barge for such a short period, I suspect that the crew was making one more check of the barge before beginning the long haul to the middle of the Pacific.

Many tugs don’t show up on the bar-pilots’ schedules, so there wasn’t any real warning that this one would make an appearance.

Both shots at ISO 1600 with the 70-300 G, shutter speeds focal lengths and apertures vary.  Post-processing (mostly for noise) in LR4

Posted by NWWanderer at 6:09 PM No comments:

Now and again, the Lady Washington and the Hawaiian Chieftain ply through these waters and play at being ships of the line.

Since I had some warning this time, I made it a point to be on hand when Sunday’s Battle Sail took place. 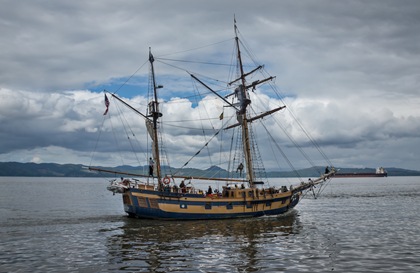 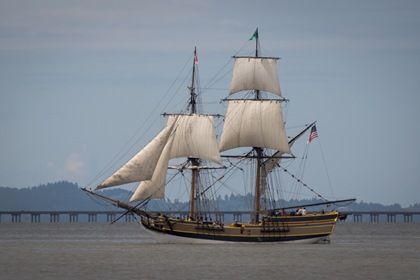 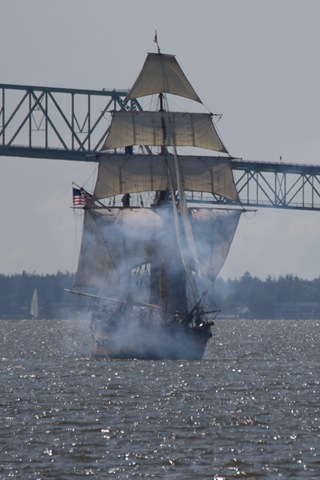 The Chieftain, shrouded in smoke from her own gun. 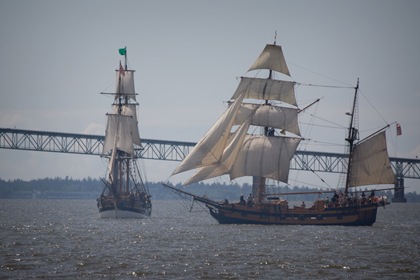 No shots were fired on this pass.  I’m no naval tactician, but I think somebody (or multiple somebodies) dropped the (cannon)ball here. 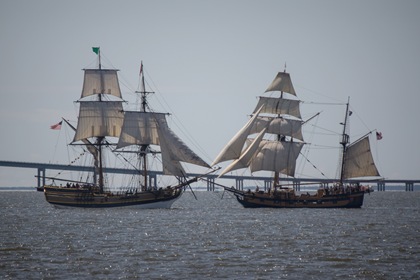 Another (tactical) missed opportunity.  I didn’t hesitate, to shoot multiple frames, though! 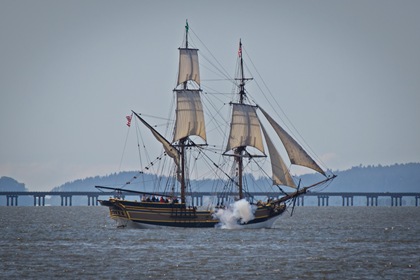 The Lady Washington, after loosing a salvo. 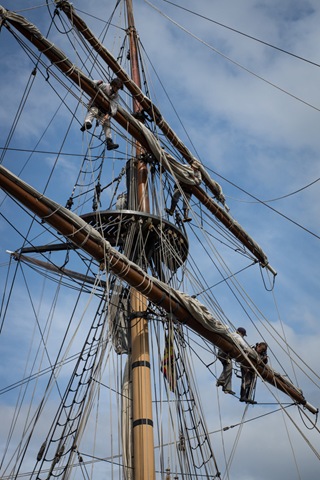 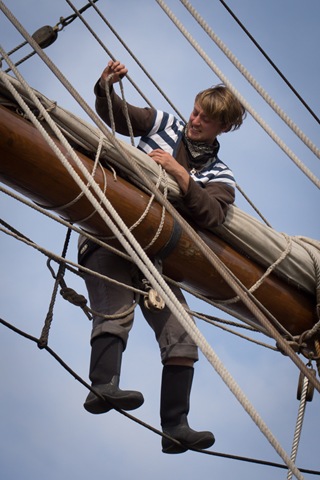 Posted by NWWanderer at 12:00 AM No comments: