Yes, there really is an app for that…

It’s great to be able to search the web while on the run, but some sites just don’t lend themselves well to mobile (as in smartphone) computing.

Marinetraffic.com is one of those.  As much as I enjoy the site and can get easily sucked into looking at ship traffic and photos from around the world, it’s just hard to manage well on a very small screen.  I thought perhaps that the Greek authors of the site had come up with an app of their own, but I didn’t find one on the site itself.

The Apple AppStore came to the rescue, though.  A company called Pinkfroot offers two versions of “ShipFinder”, one free and one “slightly less” free.  At $4.99, it’s not a bad deal, as the free version only updates twice a day.

A couple of screenshots from this evening: 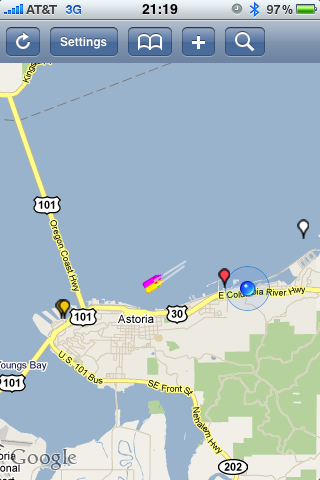 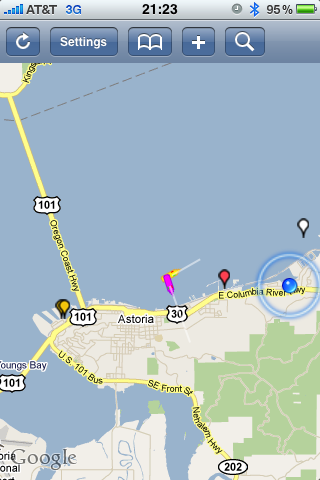 The bulker Kumano Lily is passing by the Astoria waterfront with the Arrow 2 alongside.  Three minutes later, the Arrow 2 makes its sharp turn away from the ship and heads for the dock.

Plenty of activity tonight as a small(ish) cruise ship got a pull and a nudge away from the pier from the tug Betsy L, and an armed escort by two Coast Guard small boats. 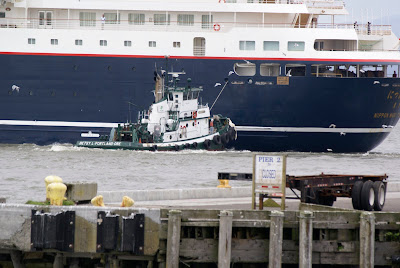 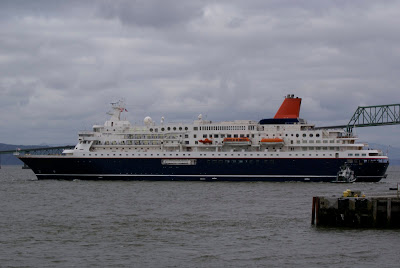 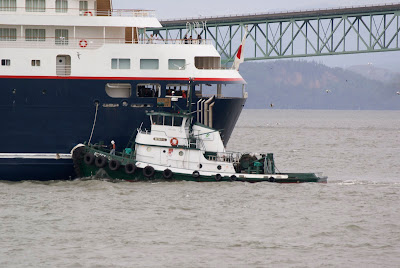 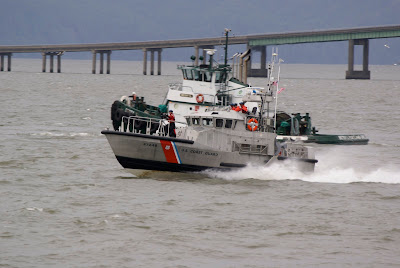 Posted by NWWanderer at 10:20 PM No comments:

Well, it was probably intended to be so.  And, given the accommodations, it likely will be.  Just not an especially scenic one.
The Remember When was an anomaly on the ship schedule today.  It’s not all that common for a pleasure craft to require a pilot’s services on the bar.
I started tracking the yacht as it passed Westport on its way downriver.  Its shape morphed out of the murk near Tongue Point just a couple of minutes after the Arrow 2 joined the bar pilot boat Columbia in pointing  their bows upstream.
It’s worth noting that on this first of June it’s been raining soft, incessant buckets.  What we’re dealing with here is not fog but pure, soaking precipitation.  There are hundreds of gallons of water between the lens and subject.  It can make whole states disappear. 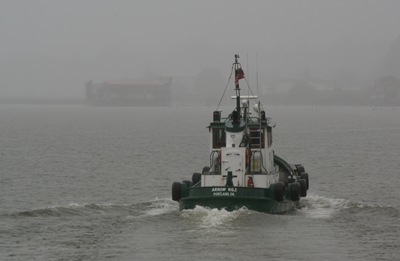 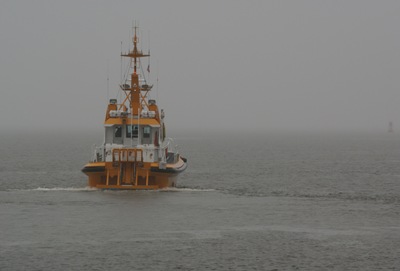 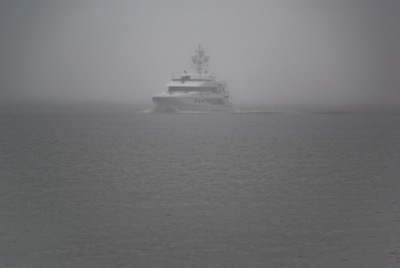 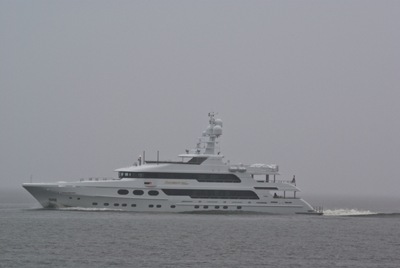 The two craft never did go alongside each other for as long as I could see them.
Posted by NWWanderer at 10:34 PM 1 comment: