From Monday evening.  The King Felipe was just about to pass under the Astoria-Megler Bridge (note the shadows on the house). 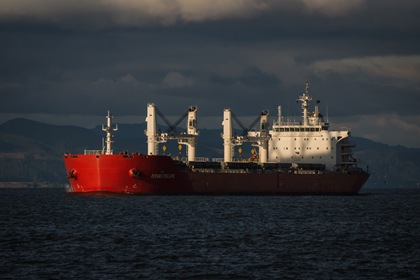 Posted by NWWanderer at 9:51 PM No comments:

The observation platform at the end of 6th Avenue was reopened a few weeks ago, but I didn’t actually get out there until nearly a week ago.

A year and half ago, the platform and the pier that led out to it were the only things left (nearly) undamaged after a pair of fires that destroyed two landmark buildings.

The damage is still evident everywhere, and reminders of the disappeared businesses abound, but the pier and platform themselves remain in good condition and are now accessible to the public again.

Last Tuesday was a sparkling if very windy day, so I made it a point to stop on my way home to take in the anchorage, which was rather full.  But, almost as if on cue, another ship was transiting to Longview, and the proceedings upstaged the ships swinging on their anchor chains.  They’re still out there… but just as background. 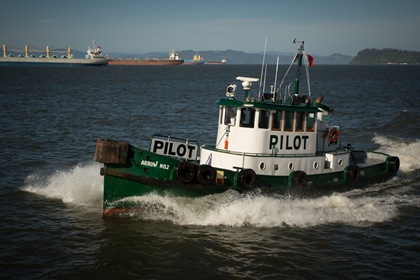 The Arrow 2 blazed by the deck at very close range, setting up her intercept course for the pilot exchange. 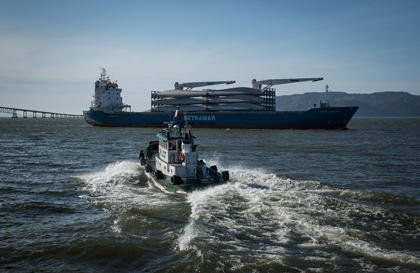 Nimble, and surprisingly quick, the little vessel and her captain dart into the navigation channel and merge with the inbound Pietro Benedetti amazingly quickly. 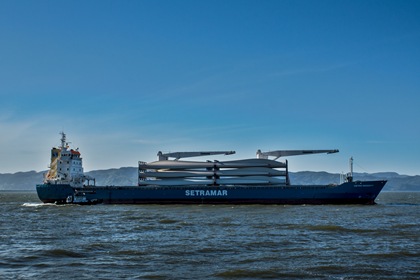 Click on the image above for a full-screen view.  It’s very much worth noting that the time-stamps on the files in this sequence show less than three minutes from the first shot to the one that follows… 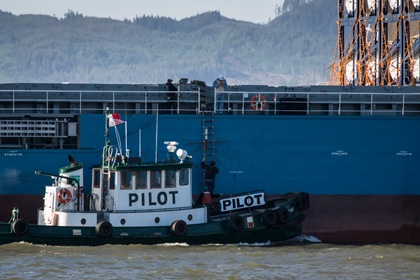 Again, click on the image for a full-screen view. The river pilot is already ascending the ladder.

The process isn’t complete.  The bar pilot still has to board the Arrow 2 (very likely after giving a passdown of critical information to the river pilot)… so the pilot boat continues to run alongside for several minutes before disengaging from the inbound ship.

I’ve lived here for years, and I never tire of watching this ballet

Posted by NWWanderer at 8:57 PM No comments:

Big Sunset Before the Big Moonrise

Quite a change from last week! 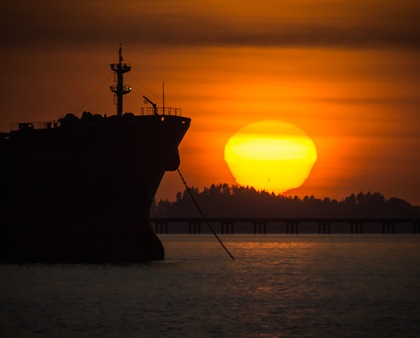 Posted by NWWanderer at 8:20 PM No comments:

The Seven Seas Navigator spent some time in Astoria’s anchorage today, since the Norwegian Pearl was already moored at Pier 2.

Both ships’ passengers got a taste of Astoria at its fabled worst (in weather terms, anyway) today.  No, we didn’t have gales, but really consistent rain and fog brought the curtain down in a big way. 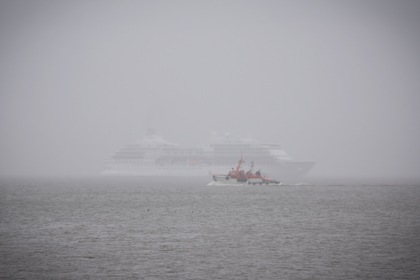 The presence of the retired pilot boat Columbia was a lucky accident.  Mariners-in-training from the Tongue Point center obviously had some work to do today.

Posted by NWWanderer at 6:19 PM No comments: