Last Frame of the Day

The last few days have seen a mix of everything except actual snow and accumulated ice.  We did have a significant buildup of hail on several occasions, though.

We’ve even had some sun, though as the afternoon waned today I thought that was over and done.

Still, there was an interesting assortment of ships in the anchorage, so I detoured to the East Mooring Basin on my commute home.  I was pleasantly surprised to see the light brightening in the western sky as I made my way out to the breakwater.

But it was fickle and short-lived.  The wind rose and fell.  Half-hearted showers came and went.  The pieces just didn’t fall together in any kind of visual harmony.

I didn’t have a lot of enthusiasm for the shots I’d made, but when I looked at them on the monitor, the last shot of the evening stood out. 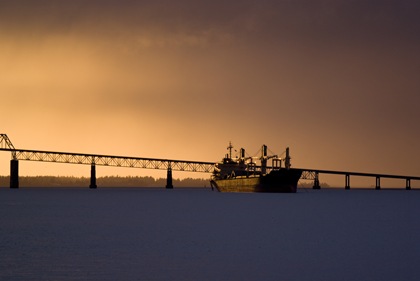 It’s arguable that “you had to be there.”  But, the river’s surface flattened out, the sun brightened a part of the sky and the Pacific Fantasy and created a fine degree of contrast for the bridge and the tree line in Warrenton, six miles or more away.

The next wave of rain and hail moved in within minutes.

This really is best viewed in the larger version (click on the image).

Really, Really Up Close and Personal

Take a close look at these captures… 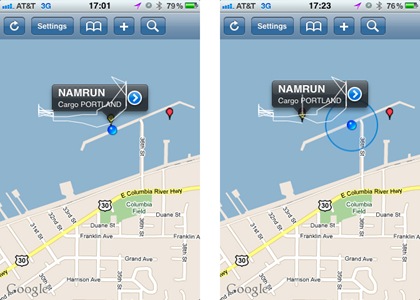 Note that they’re taken 22 minutes apart. Now, keep in mind that the Namrun is at anchor as these were taken, and had been for several days.  In 22 minutes, she and her anchor and chain had been dragged a couple hundred yards.  At one point, her stern was probably less than 80 feet from the outer wall of the East Mooring Basin’s breakwater.

For some time, I’ve wondered if the tracks shown by the ShipTracker app were really accurate or were subject to the “civilian drift” that I’ve been told about… a built-in lack of absolute precision in GPS systems intended for civilian (as opposed to military) use.  Well, now I know that it’s pretty darned close to being dead-on, since I was on the breakwater the whole time.

I never took the kit zoom off the camera this evening.  I didn’t need any more telephoto reach, but I was close to needing more wide-angle angle of view.  This ship was CLOSE! 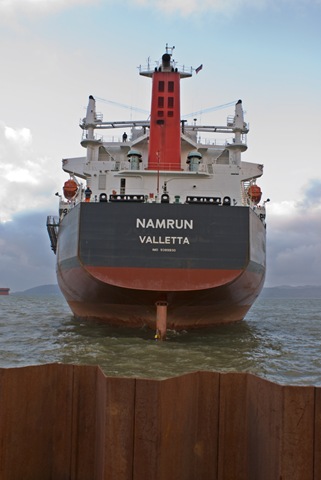 I included the seawall in the frame to give some sense of the proximity of the ship.  I’ve never seen one drift this close to the seawall. 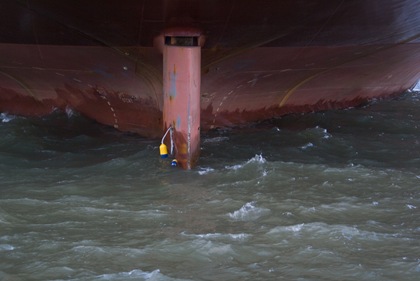 At first I thought the ship had snagged a crab pot, but these floats are intentionally attached.  I don’t know their purpose.  I haven’t seen anything like them before. 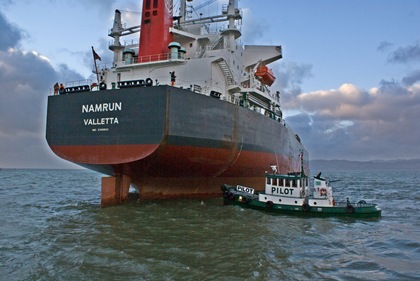 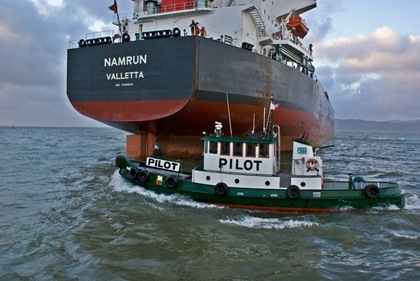 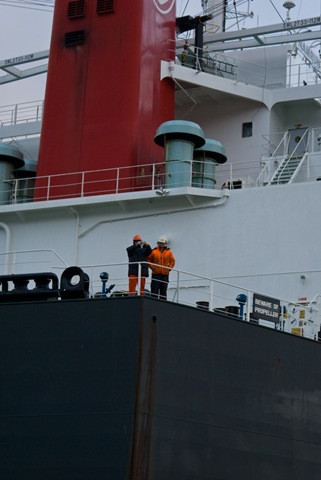 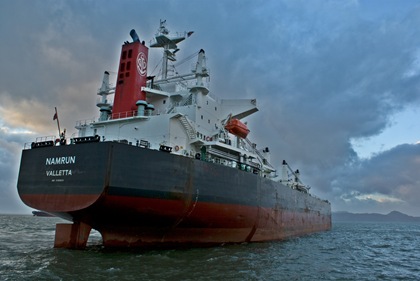 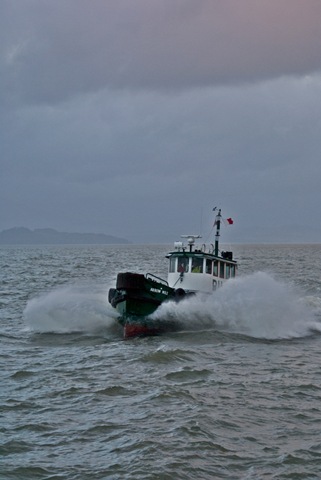 The Arrow 2 speeds back, this time to drop a river pilot off… the ship was underway within a half hour.

Prior to the arrival of the pilot, however, the ship was dragging itself away from the seawall with its anchor winch.  I could hear the chain links coming through the hawsepipe, but couldn’t see it taking place as the bulk of the ship was blocking the view.

All in all, a pretty interesting hour out there.

Really, I Was Being Productive…

But technology (an automatic dryer) kept me hands-off until it was done with the load.

So I went to Coffee Girl and ordered a mocha.  And watched the fog swirl. 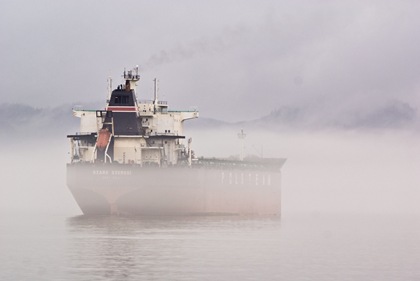 It was definitely a day that would have been ideal to set the camera on a tripod and a timer and shoot a few hundred images a second apart… watching the ebb and flow of fog would have been fascinating.

But I had neither the time or the right equipment, so I had to settle for a few stills before going home and folding clothes.

Posted by NWWanderer at 5:55 PM No comments:

Photoshop is making me crazy.

The image in the previous post is not what I want it to be.  It was really beyond my camera’s capabilities to get it entirely right in a single shot, so I knew I’d have to fall back on post-processing to try to get it back to what I saw.  I’m on the sixth version now and still haven’t got it right.

So, I’m retreating for the moment.

I scrolled back a few shots and found one in the same series that looked pretty much as I’d intended it to right out of the camera.

Yes, the river really was that smooth. 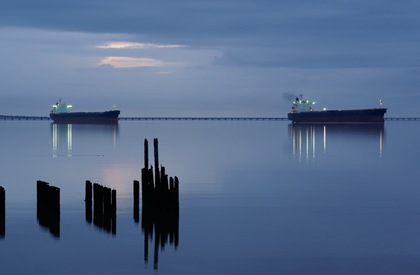 Slightly straightened and cropped to fit, no other alterations. ISO 100, 1 second at f/8 (on tripod), 105mm Sigma macro.

Posted by NWWanderer at 12:04 AM No comments: