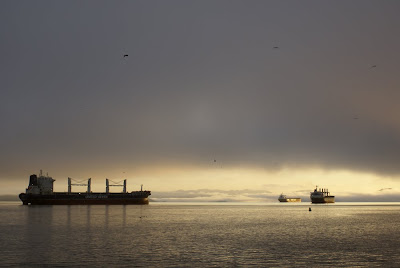 OK, so there have probably been a few other dawns over here with some sun in them, but they haven't been in August.

I was out early in hopes that the fog would lift or at least thin out some when the sun came up.

It did. And then it came back, then thinned again.

Posted by NWWanderer at 4:31 PM